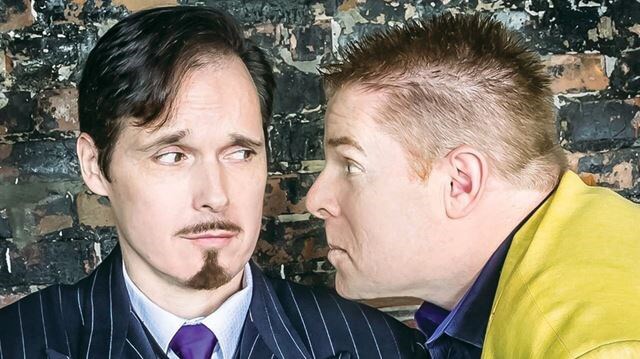 OSHAWA — Richard Forget and fellow magician Ray Anderson have known each other for around 20 years. But the former says they’ve never worked together — until now.

Forget, a Whitby resident, and Toronto’s Anderson match skills in The Battle of Magicians on Feb. 12 at Oshawa’s Regent Theatre.

“It’s a battle of wits between two competing performers,” Forget says. “It’s kind of, anything you can do I can do better.”

The evening is broken up into rounds and a winner is declared at the end.

Forget says the interesting part is that the two come from different ends of the magic spectrum: he’s a traditional musician while Anderson is one of the newer breed, a “comedy magician.”

“It’s finding ways to mesh our characters together,” Forget says of the show. “There are some parts where we perform separately and other parts where we come together.”

Becoming a magician was all Forget wanted to do when he was a kid. A shy boy growing up in a large family, he says his cousins were his friends and his first audiences. Maybe he knew magic would help him break out of his shell, or maybe he wanted the attention, he speculates. Whatever the reason, and despite some “lean years,” Forget has reached the pinnacle of his profession. He won the International Brotherhood of Magicians’ Stage Magician of the Year in 2004 and 2009 making him, by his estimation, the only person to win the title for two separate acts. In 2011, he was named Canadian Magician of the Year by the Canadian Association of Magicians.

Forget and Anderson are also competing to raise funds for the Princess Margaret Cancer Foundation. It’s a cause that’s especially near and dear to his assistant, Jennifer Huggins, through her website, www.fighttoendcancer.com. A portion of the ticket proceeds goes to the charity and you can also sponsor one of the magicians on the site.

A “spectacular finish” to the magicians’ battle is promised but, as you might expect, Forget isn’t giving much away.