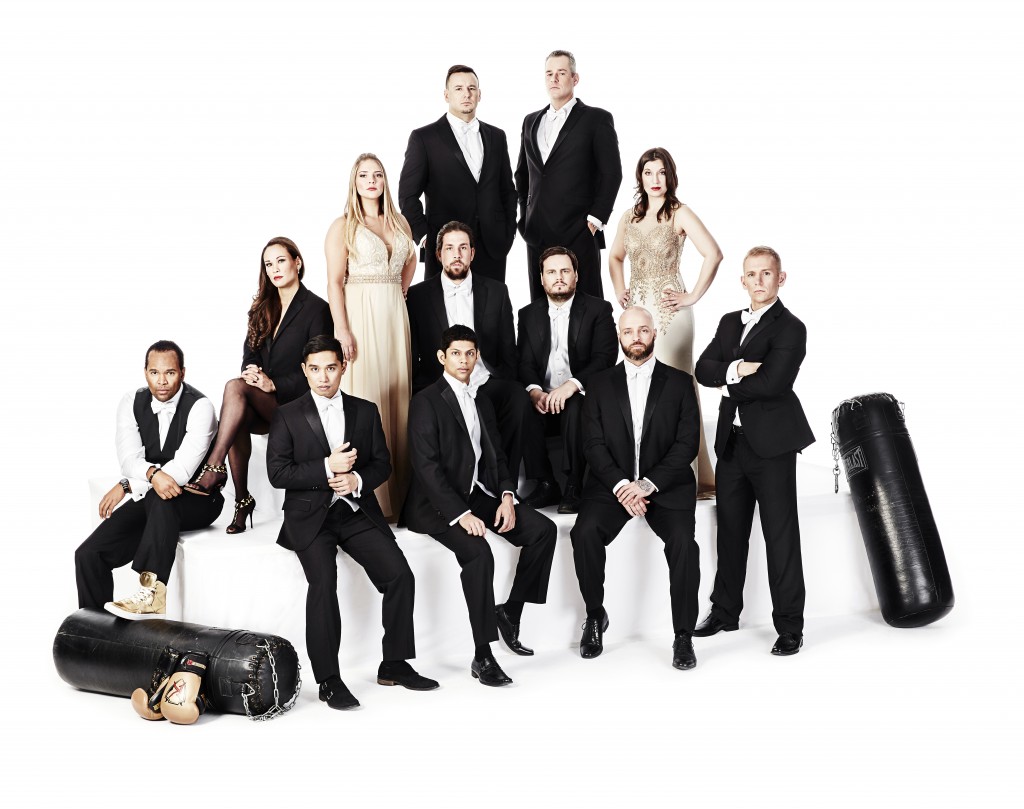 THURSDAY, APRIL 21, 2016 — TORONTO, ON – The Fight To End Cancer (FTEC) is proud to announce its official 2016 Fight Team, benefiting the Princess Margaret Cancer Foundation. After months of training in sanctioned, Olympic-style boxing; this group of 10 white-collar men and women, with no previous boxing experience, will be stepping into our ring for the 5th Annual Fight To End Cancer Charity Gala on Saturday, June 4, 2016, hosted by Ben Mulroney at Toronto’s historic Old Mill Inn.

In addition to a regimented training schedule, three days per week, our fighters are also working hard to raise donation dollars for their team’s overall goal of $200,000. This team is made up of a group of extremely special people, including: Aboriginal Canadian Actor – Craig Lauzon of the CBC’s Royal Canadian Air Farce and Sam Krystantos, who will be fighting in support of Sarah Watkin’s family of Sarah’s Drive For Hope (and who’s also following in the footsteps of her father, Mitch Krystantos – FTEC 2014 fighter).

Another key figure on our team is Jennifer Huggins, FTEC’s Founder & Executive Director. Jennifer works hard to keep the campaign on track, as she travels the world as an AIBA International 3-Star Boxing Referee. Following a recent trip for the African Olympic Qualifiers, in Cameroon, Africa; her latest assignment will take her to Astana, Kazakhstan, for the Women’s World Championships, at the end of May. This tournament will bring together top female boxers from around the world that will be competing for placement in the Rio 2016 Olympics. Recently, Jennifer has been announced, by AIBA, as one of only eight ambassadors internationally whom will be representing women’s boxing, in Astana.

In combination with her network in Canada and around the world, Jennifer has been overwhelmed by the support that has been shown for the Fight To End Cancer. In her own words:

“Fighting cancer was a personal decision I made over five years ago. It touches me beyond words to have built this vision that others are willing to literally fight for. We have had over 50 fighters since our first year in 2011, along with hundreds of sponsors, countless volunteers and thousands of guests.  Through this constant support, our mission to ‘knock out cancer in our lifetime’ will become a reality.”

With each passing year, the Fight To End Cancer is increasingly approached by many who have been touched by cancer and want to step into our ring to fight for such an important cause. Together, we will knock out cancer. Defeat is not an option!

Campaign Photo Description:
The individuals in the campaign photo represent the 2016 fight team.

From left to right:

Donations to our 2016 Fight Team can be made at: www.fighttoendcancer.com. Photos available upon request.