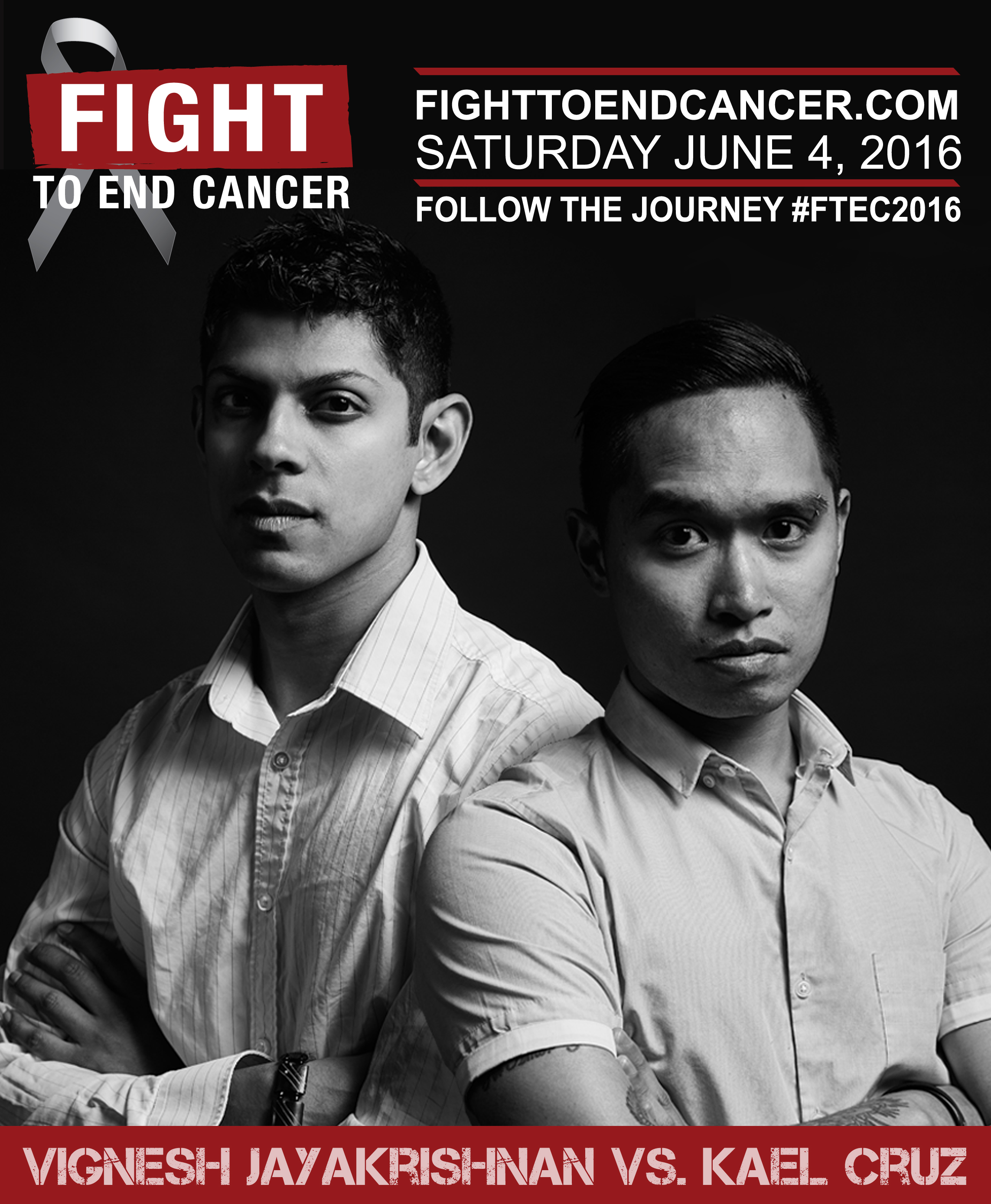 The introductory class was enough to suck me in to the world of boxing. The challenge of the sport was something I quickly gained an appreciation for. Since then it has been a goal of mine to train and fight in an amateur bout at least once in my life. When I found out about the Fight to End Cancer charity event, it definitely spoke out to me as an important cause to fight for. My dad is a survivor of cancer and although there is a lot of tragedy surrounding the disease, he was able to beat it with the aid of the Princess Margaret Foundation. That is proof that our efforts to fight back are working. And we will continue to progress with newer developments in the field of cancer research.

I am fighting in FTEC 2016 so that people like my dad can fight.

With your help, I hope to reach my fundraising goal and make a difference.

If you would like to get to know Vignesh’s personal story better and donate to his fundraising goal for the Princess Margaret Cancer Foundation, you can do so by clicking here.

If you don’t change the times, you’ll be changed by them.
Change is always worth fighting for.

I’m participating in the 5th Annual Fight to End Cancer in support of The Princess Margaret Cancer Foundation. The FTEC team is committed to raising research dollars to help in the fight to change how cancer affects the lives of those it touches.

Basically, we’re trying to knock it the hell out.
One little jab, one little hook at a time.

Please help me in reaching my goal. It would be a very much appreciated step towards change. And in this fight, trust me, no step is too small.

Let’s change the future times to come, and help make them brighter.

If you would like to get to know Kael’s personal story better and donate to his fundraising goal for the Princess Margaret Cancer Foundation, you can do so by clicking here.