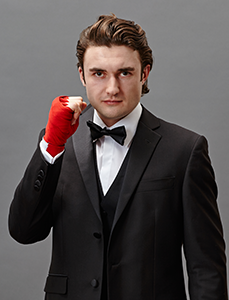 So what prompted Robert to join the fight?

“I’ll never forget sitting down with my family for the news. A family friend was diagnosed with breast cancer and although there were reasons to be optimistic she had a battle ahead. So much runs through your mind. Is this real? Why is this happening and can it be stopped? How can I help?

There wasn’t much more I could do other than offer my love and friendship, but this never felt like enough and it didn’t do anything to answer the bigger questions about cures and prevention.”

On May 30th Robert will step into the ring at The Old Mill and Fight to End Cancer! Robert is working towards a fundraising goal of $5000.00 and is nearly half way there. Up until training began Robert admitted the only thing he had punched was the air after a hockey game.

We asked Robert about his support system in taking on this massive challenge: 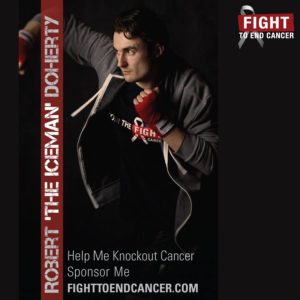 “My parents and siblings have been a huge source of support as they always are, they’ve made a large donation themselves and will be at the fight, although I don’t believe my mom is 100% ok with the idea of me getting punched in the head even if she says she is. My coaches Jenn and Virgil have been amazing. I knew nothing about boxing before coming into this, they’ve taught me so much about not just the physical but also the mental aspects of the  sport. I’m really grateful for this and I’ve applied some of the principles to my day-to-day life even. ‘You can’t control the other fighter, all you can do is control yourself and what you do’.”

“I believe this experience will allow me to share on a much smaller scale what my friend went through. I will face something that intends to beat me and whose will is outside of my control. I will have to persist despite the pain and fear.”

When asked how training is going he had nothing but concern for his opponent:

“The truth is, I’m really, really nervous….for Mark. We were jogging around the gym the other day and I lost count of how many times I lapped him. Honestly, I don’t know if what he does can even be called “training”. I put more effort into stretching than he does the actual workout! It’s not going to be pretty. I mean, my moves will be pretty; my style and execution is pretty much flawless. I’m just a little worried about what that means for Mark. He’s got this great gig as the “before” model in a lot of those anti-aging commercials you see out there, you know the ones that promise to take 10-15 years off your face? I’d hate to ruin that for him. But seriously, I’m dreaming about boxing at this point and based on how I feel during my conditioning and sparring sessions, I’m sure it’s going to be an absolute nightmare for Mark when we get into the ring together.”

Robert, along with the rest of the #FTEC2015 Fighters are working tireslessly to train for their fight and to raise money for The Princess Margaret Cancer Foundation.

“As a community we must do our part and support organizations like the Princess Margaret Cancer Foundation. You can get in the ring with me by donating to my campaign to support the PMCF and its mission to help those who are or who may one day be faced with cancer!”

Help Robert reach his goal by making a donation today! 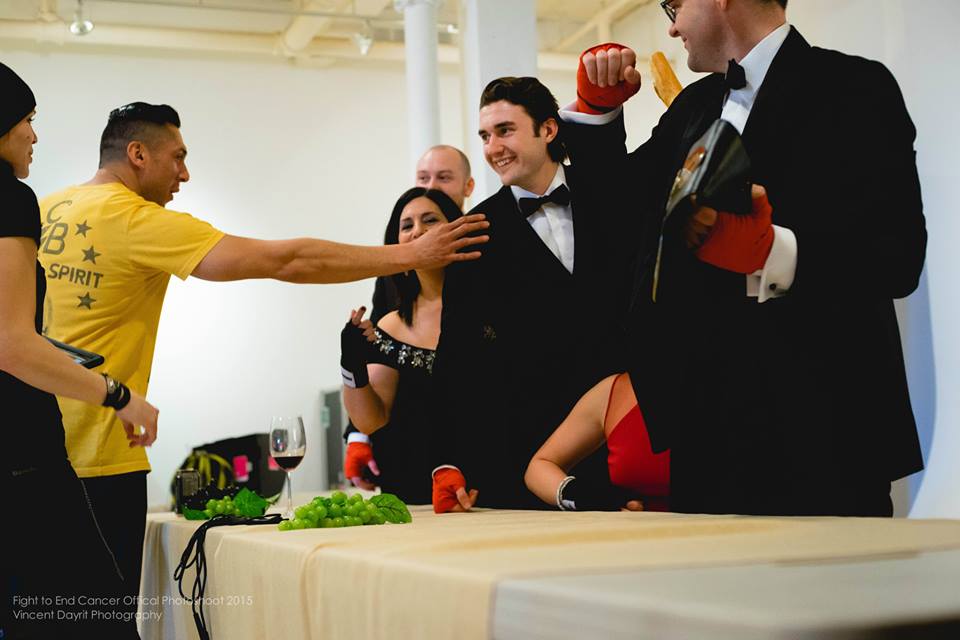