Each Friday we will be featuring one of the incredible men and women who have joined the Fight to End Cancer in support of The Princess Margaret Cancer Foundation. 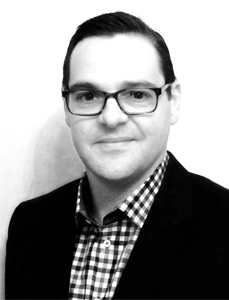 Jason is a Director of Sales for an IT Company and heard about the Fight To End Cancer while visiting Kingsway Boxing Club last August. “[I was] looking to add a “boxing” fight on my bucket list of things to do having just turned 40.”

Jason, like too many of us, had been directly affected by cancer, so when given the chance, he gladly join the #FTEC2015 Fight Team.

“A number of years ago I lost both my grandfathers to pancreatic cancer and more recently watched my mother fight, and ultimately beat, her cancer with the help of Princess Margaret Hospital. Additionally, my wife lost a friend to cervical cancer when she was only 28.”

On May 30th Jason, along with nine other men and women, will be entering the ring and fighting it out, in an effort to raise funds for the Princess Margaret Cancer Foundation! Jason will be taking on Sean Donovan as the Main Event of the evening.

“Sadly, we could all share stories of how our lives have been impacted, but with ongoing research and support like what is offered to patients by Princess Margaret Hospital, I believe we can achieve the ultimate goal of finding a cure.  To do this however, they need assistance in raising both awareness and money.” Which is exactly what Jason is doing. So far he has raised 53% of his goal with just over two months to go before the big day.

“Training is amazing…I can’t get enough. It’s truly remarkable all the different people that are willing to show up at the gym day in/day out to help prepare us with sparring and conditioning, not to mention Jen and Virgil.” 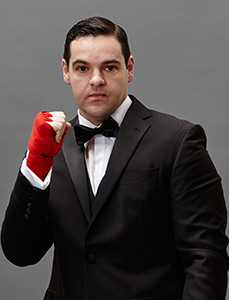 and achieve their goals. I never imagined I’d be preparing for such an event but feel privileged to be part of such a worthwhile cause.

To steal a quote from the great Mohamed Ali:

“I done wrestled with an alligator, I done tussled with a whale, only last week I murdered a rock, injured a stone, hospitalized a brick. I’m so mean I make (Cancer) sick.”

Help Jason reach his goal and sponsor him today!