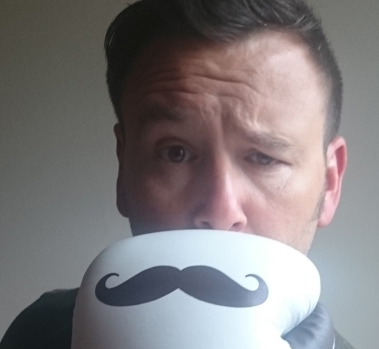 Every year the Fight To End Cancer features a new team of extraordinary men and women.  From lawyers and CEO’s to Canadian Actors like 2016’s Main Event, Craig Lauzon.

Collectively with his 9 teammates, An astounding $120,000.00 was raised within their personal networks. Coupled with the night’s additional fundraising efforts at the Gala, we project over $170,000.00 will be directly donated to the Princess Margaret Cancer Foundation in 2016.

In Craig’s own words:

“My #FTEC2016 journey started back in 2012 when I got to work with one of my idols, August Schellenberg or Augie as his friends called him, you may remember him as Randolph from the Free Willy franchise of films. In 1967 he dreamt of an all Aboriginal King Lear…well in 2012 he finally lived that dream and I was lucky enough to be a part of it. Playing Kent to his Lear was a dream come true for me. Just over a year later he was gone, taken by cancer.

As a youth, Augie had been a Golden Gloves boxer in Montreal. He was tough as nails and he loved boxing as much as he loved acting. I had heard about the Fight to End Cancer through a fellow comic, Dave Martin.

Originally I’d been accepted as a fighter for #FTEC2015 but due to work had to drop out early on. However, my beautiful, brave and amazing partner in all things, Erica McMaster, took up the challenge and fought her heart out and raised over $11k. She was incredible and inspirational. I was fortunate enough to have her experience and support during my Fight to End Cancer journey this year.

Being an FTEC Fighter was the hardest and most fulfilling thing I’ve ever taken on…aside from being a Dad (thankfully, to this point neither of my children has punched me in the face haha). The family that I have gained- and they are family – are some of the most dedicated and big-hearted people I have ever met. I know that they will forever be a part of my life. There will never be a way to thank you, but to the over 100 donors that help me surpass my goal of $10k and Jen, Virg and TJ, I love you guys.”

While the come down after an event such as this can be huge, Lauzon has had plenty to keep him busy since June 4th, and has a lot more on the horizon. Having just wrapped filming Derek Miller’s “Guilt Free Zone” for APTN, he’ll be hunkering down to rehearse before heading to Iqaluit in late July to perform Darrell Dennis’ award winning one man show, “Tales of an Urban Indian”, and his new play “The Group” to be work shopped at Weesageechak a festival of new works with Native Earth Performing Arts. He’ll be capping off the year with another Royal Canadian Air Farce New Years Eve Special on CBC where you can catch Lauzon at what he does best, character comedy.

As for boxing and whether he’ll stick with it?

“I am hooked and will continue to train, spar and call myself a boxer. As for stepping into the ring again…undetermined but I really hate being 0-1, so I won’t say never.”

Help the 2016 team who are still trying to hit their $200,000.00 goal in direct support of the Princess Margaret Cancer Foundation.