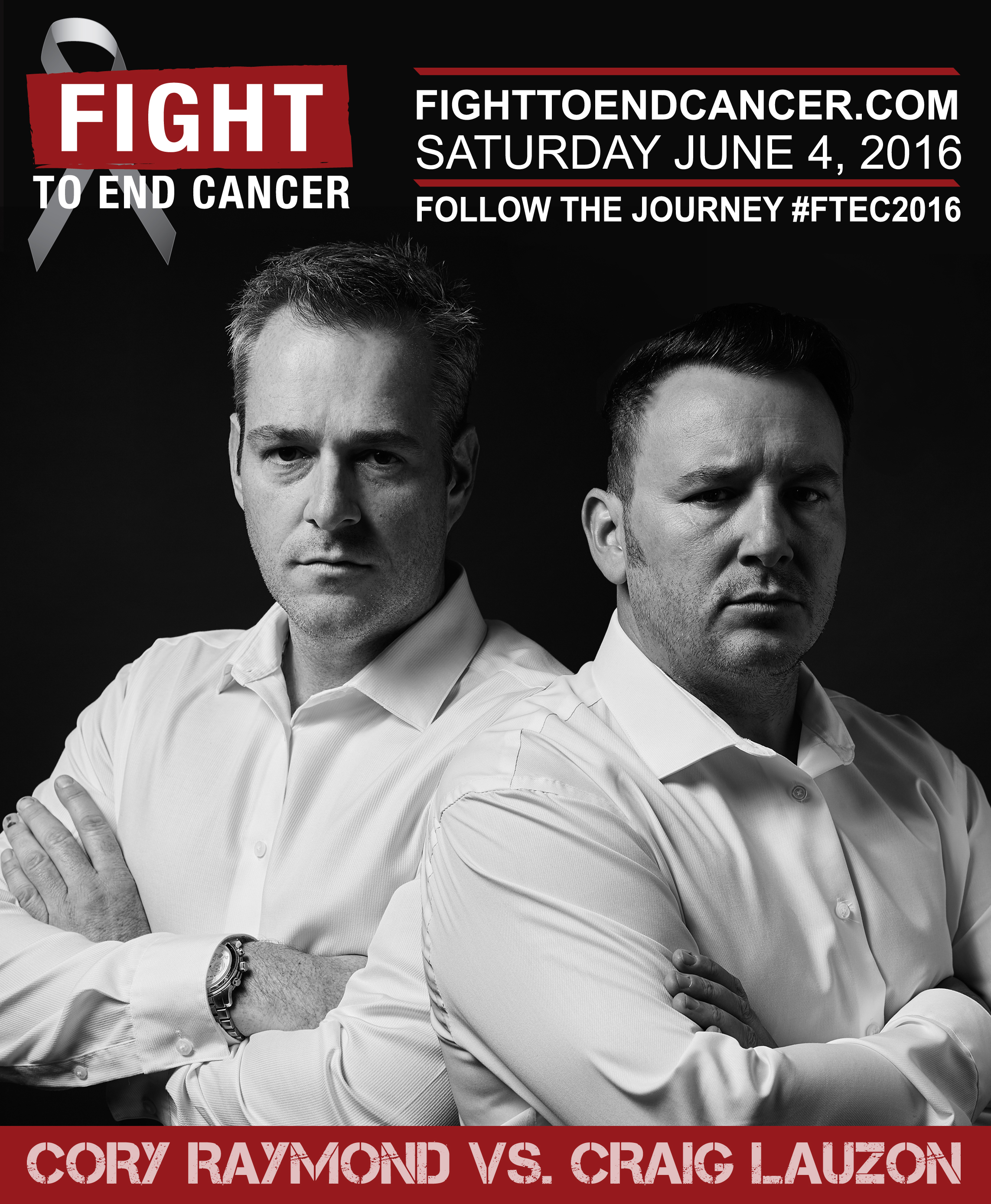 I am still amazed at the gross impact of this disease on a day to day basis and frustrated by its reach! I am fighting because I can, because the last plug I want to see pulled is on cancer! Not a dying relative or friend! I am proud to be part of this campaign and though I realize alone I can’t end cancer, together with the team I have joined we can definitely provide a positive impact to the research of this horrible disease.

The next 7 months of training will be tough but irrelevant to what others have endured in their own battle with cancer. That is why I am participating in the 5th Annual Fight to End Cancer in support of The Princess Margaret Cancer Foundation. I am raising research dollars – with a vision of reaching the ultimate goal – To Conquer Cancer In Our Lifetime! “IMPOSSIBLE IS NOTHING” – Muhammad Ali
If you would like to get to know Cory’s personal story better and donate to his fundraising goal for the Princess Margaret Cancer Foundation, you can do so by clicking here.

Throughout every stage of my life someone I have known and loved has been taken by cancer, from school chums to family members to colleagues and friends. Two years ago I lost my hero and mentor, August Schellenberg, to lung cancer. In 2012 I got the opportunity to work with him and at 75 he could still throw his punches with lightning speed. In his youth he had been a golden gloves boxer in Montreal. He loved acting but he really loved boxing and I could think of no better way than to honour his memory in the ring.

I had the opportunity to take part in this event last year and had to pull out early on at the time two of my friends were fighting cancer and today only one them is here. I won’t let thathappen again.

With your help, I hope to reach myfundraising goal and make a difference.

If you would like to get to know Craig’s personal story better and donate to his fundraising goal for the Princess Margaret Cancer Foundation, you can do so by clicking here.